WELL, it has been an eventful summer so far, so I am late in posting my pics from the IPPY Awards a while back, where “Blythe of the Gates” was honored with a gold medal! I was excited to attend this one because I knew it was at the Copacabana. Which I knew vaguely to be infamous. I had picked up rogue stories over the years about it being mobbed up, frequented by the Rat Pack, etc. All these bits of hearsay kind of kept expanding and compounding together in my mind until I was convinced that if I went, I would be struck senseless by its aura of epic drama and tragedy. And maybe I would encounter ghosts of 1940s sailors, stogie-chomping mobsters, or Jerry Lewis. 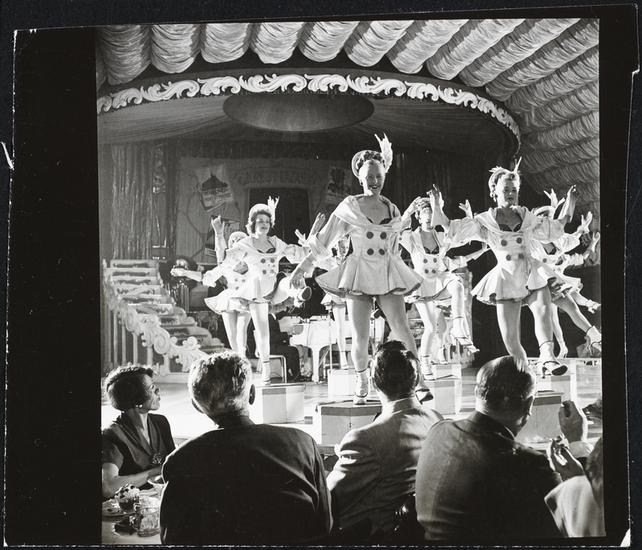 Well, I found out that the original place, and the version where it became a disco, and the present day version, were all different locations. Sigh.

BUT! It WAS still glamorous, the walls were covered with glitter, there were palm tree decorations, and there was more food and free booze than any award ceremony I have been to! I brought my teen daughter Alyx with me and we truly lived it up. 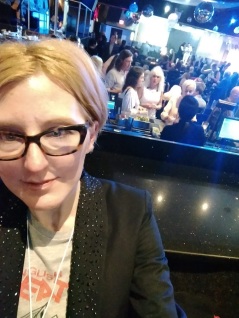 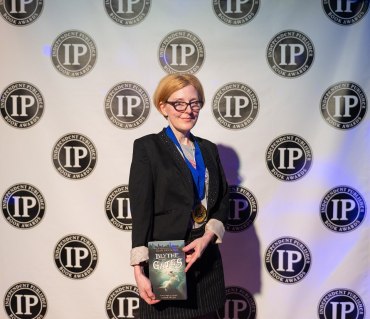 SHRIMP ON A STICK! The minute you walk in!

(It was also really dark in there…atmosphere…but it made it hard to get pics unless we were right under a light, like at our table!) All in all we had a great 24 hours in NYC and even got to head into the Village to hit the weird little niche shops that we like.

Anyway, back at home, last week as a matter of fact, I got to attend and speak at a book party for “Blythe” thrown by the lovely ladies of the Newport Women’s Social Club!

Hope everyone is having a great summer!